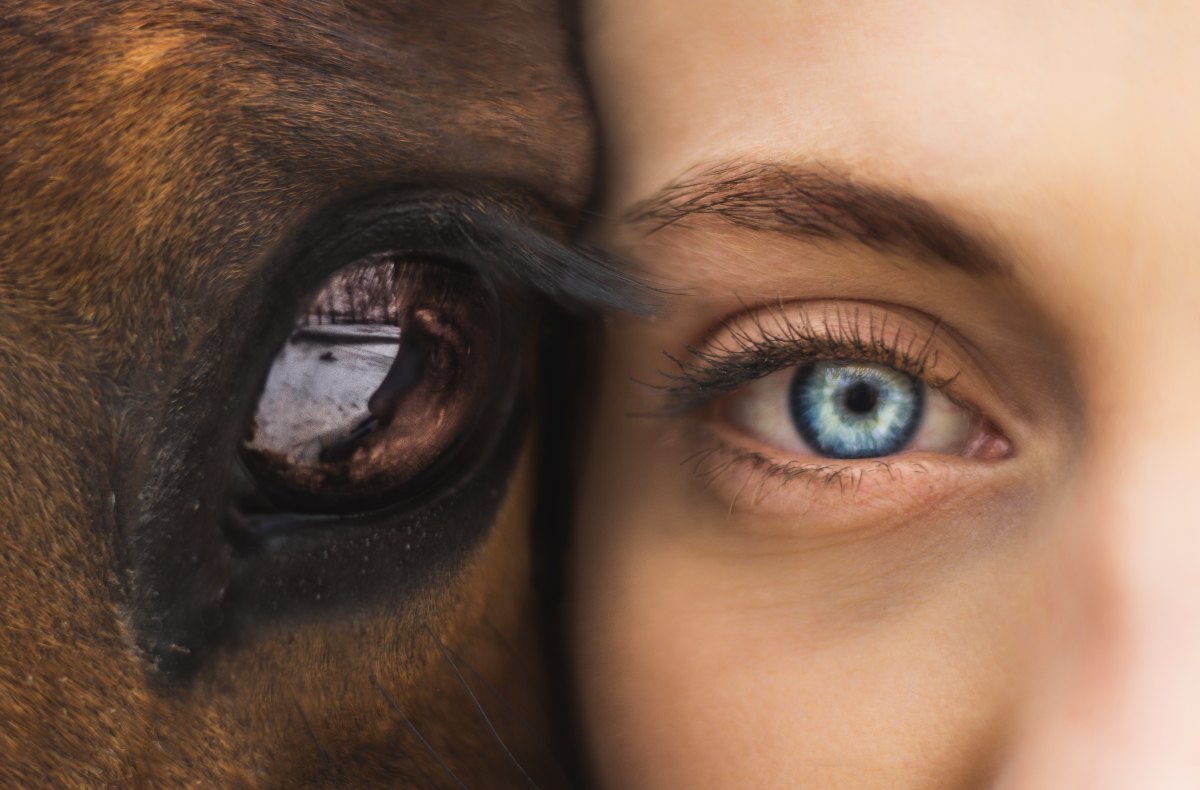 No more overexploitation and destruction, but guardianship of Mother Earth and the understanding of ONE health (humans, animals & the environment).

And more respect towards each other please!

Don’t forget: power to the people, dance everyday and be bold.

Yesterday I traveled back home. I had spent some time with my mom and, like always during my stay, we talked about some things from the past. She was telling about a recent radio show in which the widow of the deceased mayor of Amsterdam was interviewed. Still a young woman who talked about her mourning, honestly and real. A Dutch magazine has invited her to write about her loss in a monthly column.

This reminds me of another widow of a deceased mayor, already quite some years ago: the stepmother and father of a boyfriend from the past. His stepmother wrote for a woman’s magazine about her grief and the memories she deeply cherished and later these columns were collected and published in a book. I was telling my mom that I read this book years ago and thought it was beautiful, simple and pure. I think for both women writing these columns must be like therapy.

My mom went on and told me she recently saw a tv program in which a sports journalist was interviewed who happens to be the cousin of this ex-boyfriend of mine. As both their fathers were twin brothers, the boys looked almost like twins as well, being born more less around the same time. My mom saw a remarkable resemblance and it took her by surprise. Then we dug further into the past, whilst drinking red wine, and my mom and I were reminiscing about what happened to this ex-boyfriend D., who tragically died 12 years ago when we weren’t together anymore. We talked about addiction and mental illness – he suffered from a drug addiction and something that must have been a manic depression. We were only together for a few, intense, months, when he suddenly left and I never heard from him again, apart from a text message that said he was sorry that he couldn’t be with me anymore. I already wasted too many tears so I went on with my life. Two years later he was found dead in the harbor of Amsterdam.

I only met his cousin, the sports journalist, briefly at the cremation in the summer of 2007. Weeks after the ceremony the cousin phoned me and I was shocked to hear the similarity in his voice. Not only their looks, but also their voices were so similar. We were talking on the phone for an hour or so and I remember I poured my heart out. He was understanding and frank and listened to my stories. He wanted to bring some small belongings that were still mine to my home in Rotterdam. D’s mom had asked him to do so. So we made an appointment, but in the end he couldn’t make it because of traffic jams due to a big dance event in the city. I was disappointed, but later I was happy he couldn’t come. It would have been hard and crazy to meet this cousin, whose appearance remembered of an old love that was no longer alive.

Stepping back and forth

Talking about the things that have passed and looking back to them can feel like taking steps backwards. Reminiscing. The good and the bad. Almost as if I’m back in time. Reviving. Probably the red wine makes the feeling stronger. But it doesn’t make any sense at all. I haven taken thousands of steps forward now.

So yesterday I hopped on the plane home. I walked to the gate since it was almost time to board. Shortly after I walked to my seat in the plane and sat down, a young woman came to sit next to me. She was together with a man who reminded me of somebody I knew…it was the sports journalist…he took the seat next to her. At first I wasn’t sure if it was really him. But then he started to talk to her and I believed I heard something in his voice. It reminded me of somebody I knew. But I didn’t feel the need to say anything to him. I haven taken thousands of steps forward now.

Strangely, my sister, when she was saying goodbye to me at the train station and with whom I didn’t speak a word about the sudden memories I have had, almost choked on her words when she said to send her love to my man Dorus, but I understood what she almost tried to say.

Is this just coincidence or does the universe wants to tell me something? Maybe, to say the dead live close to us? They have only slipped away to the next room, I once read in a poem. Yes, maybe they do.

We were blushing, didn’t know where to look.

So my best friend and I looked at each other, too ashamed to watch this frenzied woman with her cone bra corset on stage, lying on a huge bed, male dancers on each side touching her while she heavily moved her body up and down, faster and faster, wilder and wilder.

It was the summer of 1990. We were 15 year-old girls and saw our super idol live for the very first time. The pope announced to ban her “Blond Ambition” shows in Italy as they were too controversial. Controversy always followed her everywhere.

Today the performer of “Like A Virgin” and “queen of Pop” turns 60.

She can’t sing, she’s provocative, a witch, a whore, desperate, too old, a demanding bitch with an ego too big to handle. Over the years she’s heard it all. Those who have followed her and her career would be more inclined to say she’s smart, inspiring, creative, talented, professional, strong, charismatic and engaged. She’s a powerhouse, a creator, an entertainer and a strong business woman who has tirelessly reinvented herself for decades.

Since her debut in the early 1980s she’s cleverly shifted styles, always ahead of trends in music, dance and fashion. She has influenced heaps of young women and artists and is a prominent source of inspiration to the gay culture. Madonna dares to be bolder, stronger, fearless and crucially, a ton less humble and apologetic. And exactly this, coupled with all the personas she has been, is why she has always fascinated me.

Everyone has an opinion of Madonna, either you are in the hater’s camp or in the loyal lover’s camp which is unthinkable to leave once you’ve joined this group. Meanwhile, one of the most photographed women of the planet is still standing whilst famous artists of her era, Michael Jackson, Prince, Whitney Houston, George Michael, are all gone.

Madonna is a survivor. And she has worked her butt off to be where she is right now: the highest-grossing female touring artist of all time.

I was that kind of girl with bedroom walls covered with Madonna posters. I was that kind of girl who endlessly played her records and still does, especially when I’m alone. But it isn’t only about the music. It never was. Once I start watching videos of her, I can’t stop. I lose track of time. It’s more than nostalgia. It’s admiration for a fearless woman, a true artist, who created shows like The Re-Invention – and Confessions Tour, where she blew me away with her style, creativeness, power and engagement.

She’s able to surprise constantly. Be it a new look, new sound or new project. Madonna has proven not to be a superficial chameleon, but a true artist who knows to sparkle that magic and if she must, to push the right buttons and break taboos, in particular on sexuality and religion.

On social media people comment that she needs to stop her career because she’s gettting too old. She must have had plastic surgery and too much botox as her face has changed almost unrecognizably in the past few years.  She wears garters and exposes her royal cleavage. It’s vulgar, they say. She doesn’t age gracefully, they say.

An older woman isn’t allowed to show her strong female energy, her sexuality and her lust for life, is she? Mick Jagger is still rocking on stage and nobody seems bothered about his age. Nobody talks about his old looks. Because he’s a man. When it comes to Madonna both men and women have the biggest mouths in judging and slating her. Too old for the pop industry. Too old for wearing these girly outfits on stage.

Forget it Madonna. We have Beyoncé, Miley Cyrus, Rihanna and Lady Gaga. You need to shut up now, your time is up.

I think it says more about the people who can’t bear to see a strong, older woman express herself, unafraid and unapologetic. They would rather see her leave and never return. Of course, there’s no accounting for taste and it might not beautiful what she does, wears or how she looks (the fillers, the botox), but to say she’s too old, come on. Why so much judgement? This woman is making her own rules.

If you have a dream, you’d better go for it and work hard to achieve it. Believe in yourself whatever the people say. That’s exactly what Madonna always has done. She kept her head high in the harsh music industry where a female pop artist must usually pack her bags when she’s getting on in years.

Madonna has always known what she wanted and kept control. She invented herself, no man or music producer did it for her. This explains where the misogyny stems from.

“In life there’s no real safety, except for self-belief,” a vulnerable Madonna said in her epic acceptance speech of the Billboard Woman of the Year 2016.

Please, stick around and never stop making your own rules.

We are fortune-hunters and I’m not ashamed of that

like an immigrant looking for a better life, a better future

but there the comparison stops

not to mention a refugee risking life at sea

We found our place, a roof over our heads

and work to earn some money

it was not hard

we didn’t have to struggle to be admitted

in fact, nobody did, we just entered country’s border unnoticed

and so we’re here

these healthy babies were sleeping peacefully in cradles

these cradles were standing in warm houses, surrounded by safe walls

in free countries where everybody was able to live their dreams

We were born in wealth, in abundance,

bombs were falling from the sky

Because of this motherland no papers and allowance were required

we just left our home and lives to find better ones

hunting for our own fortune

will it be enough?

not in a homeland where by chance other political-agreements applied

a place destroyed by war and hatred

Just in a normal house in Fortress Europe

our cradles stood there…

but I can’t help to feel ashamed

for I’m an easy fortune-hunter now

this fortune filled with such beauty

I realize it’s impossible not to be in love with

and this we should celebrate today…

Let go of what was

Have faith in what will come