As we don’t have TV and only instable internet on our mobiles I’m not aware of what the latest news – the world’s latest tragedies – brings us. That’s a true blessing and I’ve learned to appreciate this since we live on Ibiza.

However, I’ve moments I’m dying to know what’s happening outside paradise 😉 At these moments “El diario de Ibiza” won’t do it for me. Lately, I came across some interesting articles about the new “Anti-protest Security Law” in Spain (on my Spanish mobile).

Once this new bill will be passed by the Senate, Spain is supposed to return to the Franco-era.

This law, called by its critics “la ley mordaza” or “gag law” have brought tens of thousands people protesting in the streets of Spain’s big cities, because the law will restrict people’s democratic rights to protest the government actions. Those democratic rights to peacefully demonstrate are basic human rights.

What’s this new law about?

The provisions of this law contain two categories:

Those empowering the police and curtailing civil liberties of citizens

These protest-actions could cost you quite something…it can be sanctioned by severe fines ranging from € 600,– to € 30.000,–

It is completely understandable why this new “security” law has caused angry Spaniards in the streets. Basic civil human rights are being limited and it implies a Spain which is undemocratic, un-free.

It brings back a Spain in which country you had to keep your mouths shut.

The Spanish government says this new law will improve public safety and will protect rights and freedoms of all citizens. Well, a strange way to protect people’s rights by taking those away from them…

Anyway, as a jurist and an inhabitant of Spain I’m curious how this new law will proceed… – ignoring that some people proclaim Eivissa is not Spain –

I support you, angry Spaniards! 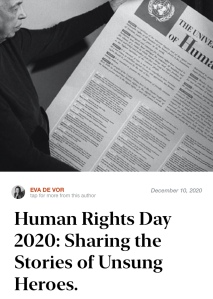