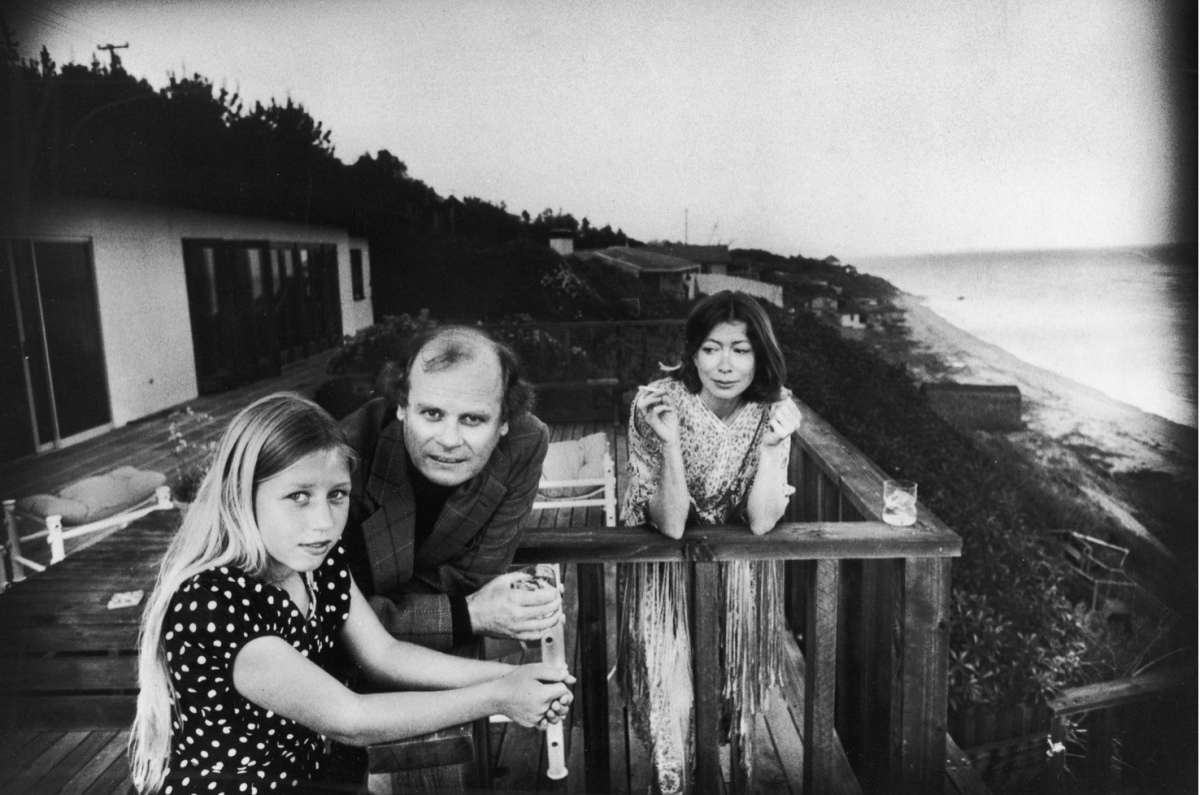 I’m reading her essays, the work of Joan Didion. The well-known American writer, novelist and journalist, who passed away last month. She was 87 years old and suffered from Parkinson. I heard from her before, but never read her essays or books. Why is it that people have to die first to get noticed — by me?

The reason why my interest in this seemingly mystic, gloomy writer has grown, is the documentary The Centre Will Not Hold (2017) which I saw last week on Netflix. I watched an old lady vividly talking with her hands, like a conductor of an orchestra. Joan looked petit and skinny, wearing lipstick and huge sunglasses. Nevertheless, behind that frailty I saw a fierceness, intelligence, but also humbleness.

Didion narrates that she went to San Francisco in search of work, convinced that writing was not important work. She began writing at age five, when her mother gave her a journal to start writing down her thoughts. The documentary was directed by her nephew and actor, Griffin Dune, who I recognised from an old Madonna movie. He took me on a journey through her life, her marriage, motherhood (she and her husband adopted a daughter, Quintana Roo), about being a writer, the places where she lived (Sacramento, New York, Malibu beach, Los Angeles). She started at Vogue Magazine by winning a writing contest, and later she wrote a variety of societal, political and personal essays for several American magazines and newspapers. On pictures she had a firm, somewhat tormented look, often with a cigarette in her hand. There was a certain coolness around her, a glamorous touch.

In one of her essays she writes about her nervous breakdown in the summer of 1968. She felt detached from her environment, fragmented. Amidst her struggle she was the writer and journalist, loved by many, having parties with stars as Warren Beatty, Roman Polanski, Janis Joplin and lots of other creatives and artists. Juicy detail about Harrison Ford, who worked as a carpenter for Didion and her husband.

Her essay on hippydom ‘Slouching towards Bethlehem’ of the late sixties in America reveals another picture. Not much flower power here, but cultural chaos, sexual abuse, disintegration, parents who were more involved with taking trips on LSD than taking care of their kids. In the reportage she even writes about a mother who gave her baby the popular drug. Joan showed us a world of social breakdown in America. At moments uncomfortable to read. The Summer of Love took place in 1967 in Haight-Ashbury, a neighbourhood in San Francisco. That place was the centre of young people who were opposing the establishment and war in Vietnam. I always had the idea the sixties were more happy and playful, but it was a facade masking forlornness, it was a time of resistance without building something new. That’s what you feel throughout her story.

It seemed Joan Didion’s life was legendary. Especially the images of her and her husband, John Gregory Dunne, who was also a writer and novelist, while they overlooked the ocean from their home. However, meanwhile they had problems in their marriage and living near the beach helped Joan to deal with them. They wrote screenplays together, such as the movie A Star is Born (1976).

But then in 2003 loss and grief entered her life when her husband suddenly died and 16 months later her daughter passed away as well.

She wrote two autobiographical works on these tragical deaths, The Year of Magical Thinking about the loss of her husband and Blue Nights about the death of her only daughter.

“Grief turns out to be a place none of us know until we reach it.”

At the moment I’m reading a collection of her essays translated in Dutch. Her view on the assault and rape of a young white female jogger in Central Park in 1991 and the prosecution of five black young men, reveals a disrupted city where social issues and race have a deadly impact. Within that frail woman, resided a fierceness that found its way out in her sharp observations.

“Character – the willingness to accept responsibility for one’s own life — is the source from which self-respect springs. To free us from the expectations of others, to give back to ourselves — there lies the great, singular power of self-respect.”

Dutch writer and blogger, who previously worked as a jurist/legal counsel in the Netherlands. I chose to live my life on the sunny Balearic Islands in simplicity, with respect to our beautiful planet, together with my soulmate, rescue cat and a bunch of chickens. EVALUNES has been created to share my writings about the things I care. I write with love. Con Amor. Always. View all posts by Eva De Vor